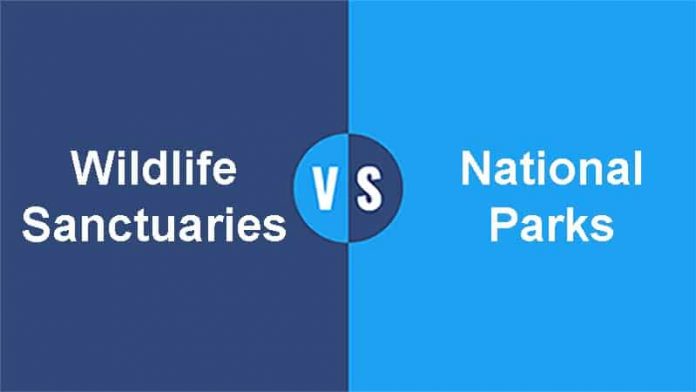 wildlife sanctuary vs. national park found as a primary natural heritage all around the globe. Nonstop industrialization and deforestation have posed a risk of extinction to wildlife. Therefore, for the maintenance and preservation of the natural heritage of the country’s wildlife sanctuaries, national parks are set aside. Wildlife sanctuaries represent an area that is responsible for the protection and favorable living conditions for wild animals. In addition, national parks also protect the entire ecosystem of that region. Lastly, biosphere reserves and sheltered areas tend to preserve the genetic diversity of the plants, animal’s birds, etc. 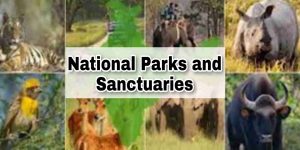 Difference between a wildlife sanctuary and national parks

Some of the significant points to differentiate wildlife sanctuary from national parks are as follows:

Wildlife Sanctuary represents a natural habitat system usually owned by the government or private agency that takes care of particular species of birds and animals. On the other hand, a National park is a protected area, mainly established by the government to preserve wildlife and develop them. Wildlife Sanctuary Preserves different kinds of animals, birds, insects, reptiles, etc., and national parks preserve Flora fauna, landscape, historic objects, etc.

The main objective of Wildlife Sanctuary is to make sure that all the viable population of the wildlife and their habitats are adequately maintained. National parks work to give protection to all the natural and historic objects and wildlife of an area.

Wildlife Sanctuary provides habitat. And safe living conditions to the wild animals. Particularly to the endangered and rare ones. So that they can breathe serenely for their entire life and uphold their viable population. Hence, there is a need for proper sanctuary management. And rangers or guards appoint to patrol the region. They guarantee the security of animals from stealing, predating, or harassing.

National Park indicates an area that the government entirely designates to preserve wildlife and biodiversity due to its national and historical significance. It is home to countless animals, birds, insects, microorganisms, etc., and provides a healthy and safe environment for them. The plantation, farming, cropping, hunting, and predating of animals, the devastation of flowers is highly prohibited in these areas. IUCN has acknowledged that National Parks come in Category II of the protected areas.